Gordon Williams was raised in Anchorage, Alaska. He’s had a lifelong interest in the outdoors, handcrafts and building things (but makes no claims to being terribly good at them). He learned to be an avid photographer and general putterer from his father and to enjoy arts and crafts and volunteer work from his mother. After spending his college years in Massachusetts and Washington, he and his wife Leah got their first jobs in eastern Pennsylvania. After living and working there for seven years he finally got to come home to Alaska again in 2009 when he got a job as a math professor at the University of Alaska Fairbanks where he pursues his passions for pattern, symmetry and education. 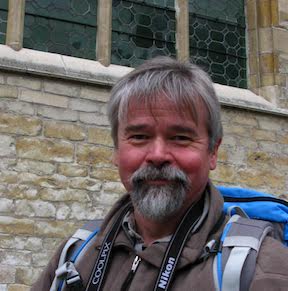 Michael Whalen is a professor and geologist at UAF and the Geophysical Institute. He grew up in western Pennsylvania but has lived in Fairbanks for over 20 years and loves to hike, bike, and cross-country ski. His interest in education and the outdoors drew him to The Folkschool where he hopes to make a positive contribution serving on the Board of Directors.

Jessica Austin has been an active member, student, and teacher at local Makerspaces or community shops wherever she’s lived, so when she moved to Fairbanks a few years ago, her first stop was the Folk School. She is constantly inspired by the skills and experience of other members, and the time and energy they invest into teaching others. She is excited to help ensure TFS continues to grow and thrive so it’s part of the community for many years to come. 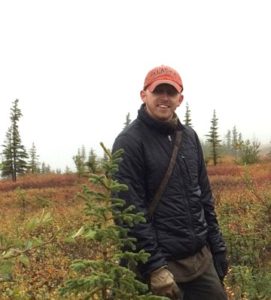 Randall Rozier, an Architect in Fairbanks, grew up in Salcha spending most of his childhood building upon and exploring the banks of the Tanana River. After a brief stint out of state tromping around and pursuing an education he landed back in Fairbanks to pursue a career. Randall’s continued interest in the combination of the outdoors and local education opportunities drew him towards The Folk School of Fairbanks. Randall and his wife Brittany are more often outside than in, engaging in making the interior community their home, and ever exploring opportunities to learn.

Doug Bishop was born and raised in Fairbanks’ Goldstream Valley.  He and his family spent considerable time dog mushing, canoeing, hunting, trapping and exploring the interior of Alaska.  Doug attended ICS, Monroe and UAF.  His wife Lisa is a teacher and their kids are out on their own adventures.  As the Chief Financial Officer for Doyon Utilities, he is office bound during the day but enjoys the outdoors, the skills that TFS teaches and supports the mission of TFS.  Doug looks forward to using his Alaskan background, CPA training and management experience to help TFS

Allison Wylde has been in the Fairbanks area for 25 years. During the summer months, Allison and her husband and 3 children have been developing a farm where they grow the majority of their own food and sell produce at the Tanana Valley Farmers Market. For the other 9 months of the year, she is a teacher at Two Rivers School, where she hopes to inspire students to think about the world, their relationship to it, and their ability to influence it in a new way. She is passionate about traditional craft and is excited to part of the Folk School community.