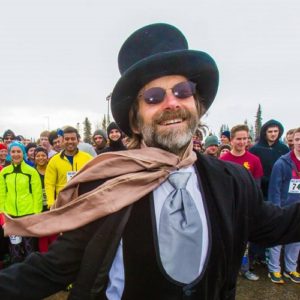 Don claims that he doesn’t have many outdoors skills, but he sure spends a lot of time outdoors. He is an avid ultramarathoner (middle of the pack), trail runner, whitewater paddler, fatbiking cabin hopper, snowshoer and Nordic skier. He and his partner Carol Kleckner used to mush and skijor a lot, but are down to only 4 dogs (after having 31 for years). Don and Carol live in a kennel…literally.

Don is a software geek, spending most of the last couple decades of his working life writing software, doing technical writing, speaking at software development conferences, and teaching technical classes.

(Photo above is of Don as Beethoven in the Beat Beethoven 5K — photo by Todd Paris.)

programs@folk.school
Kerri is in charge of expanding and overseeing programs and classes for kids and adults, recruiting new instructors, promoting The Folk School in the community, and seeking support from many sources to support our mission.

You may have seen Kerri around The Folk School in the last couple of years, co-directing last year’s summer camp, volunteering, or teaching the Autumn Roots class. Kerri has a background in recreation management and elementary education, and has been involved in fundraising and event planning for various local organizations. She is a homeschooling mom to three children, and thoroughly enjoys camping, hiking, traveling and other outdoor pursuits, along with knitting and embroidery. 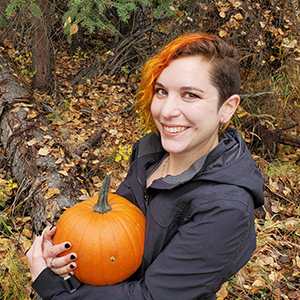 katie@folk.school
Katie works closely with the Programs Director to provide support for classes and events at The Folk School.

Katie has been living, working, and learning in Fairbanks since 2008. Born and raised in Eagle River, Alaska, she came to UAF to study Art and History and has a Masters in K-12 Art Education. She has worked with a variety of inspiring people and organizations over the years, and when she’s not helping at the Folk School or UAF, she’s often out berry picking, collecting supplies for art projects, or rearranging her garage for the 10th time in a month trying to figure out the perfect arrangement for all her and her husband Tim’s projects. 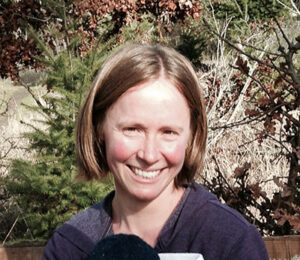 webmaster@folk.school
Maia has been a part of The Folk School since it’s very conception. She creates graphic and promotional materials for The Folk School and manages the TFS website, as well as our Facebook page.

Born and raised in Denali and Fairbanks, she now lives in western Oregon with her husband and two daughters, but spends as much time in Alaska as possible. She enjoys working and creating with her hands in many capacities and loves to spend time outdoors exploring, hiking, and gardening.