Week in the Woods 2012 Session Highlights

Week in the Woods 2012 was the biggest WITWs to date and, without a doubt, one of the best. We had 40 participants and this large group worked together more beautifully than we possibly could have imagined. The weather was great, the bugs were tolerable, the forest was beautiful and bountiful. The staff was stellar and fully energized as usual. The participants were eager, curious, energetic and adventuresome. One of the most incredible things was how helpful all the participants were. Many people stayed after the close of camp and helped take everything down. We were all packed up in just a few hours (it took 4 days to set it all up). We also encouraged people to show up a day early to set up their camp and settle in and that too was a great success. Thank you a million times over to everyone for their extra effort and enthusiasm.

First year for the Springpole Lathe. It was a first time for all of us with this handmade tool and it was great fun learning together. 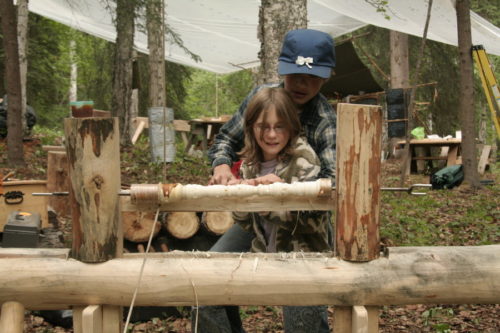 The Second Annual Puppet Show received rave reviews from critics around the world (or at least around the woods). For the first time it included two adult puppeteers. 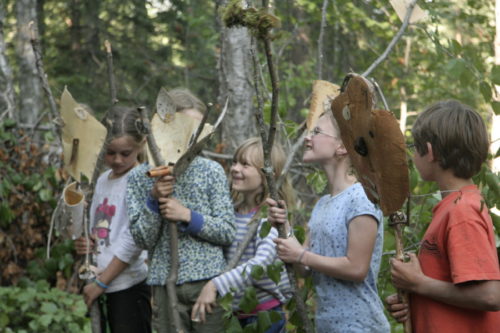 Lots of interesting and exotic (by standards of the woods) foods this year and good times around the campfire. 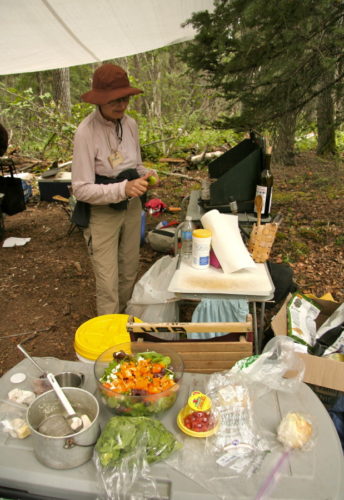 A drawing class taught by Marianne and Tamara helped people to look more closely and see more of their environment. 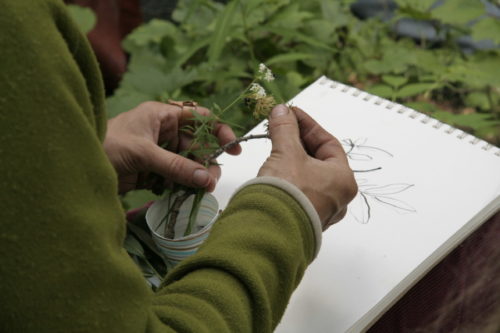 Participants made solid wood stools with seats hewed out of halved logs and legs from smaller poles. We also made post and rung stools with woven birch bark seats. 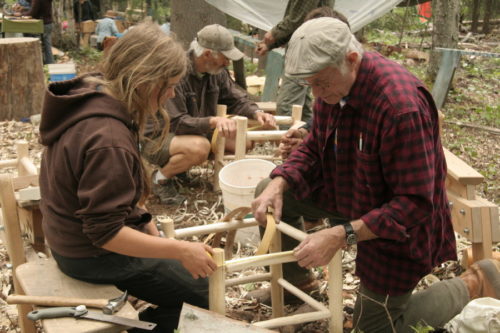 Ethnobotany with Carolyn and Marty. Not only did we learn to recognize different plants but we also learned what they have been historically used for. 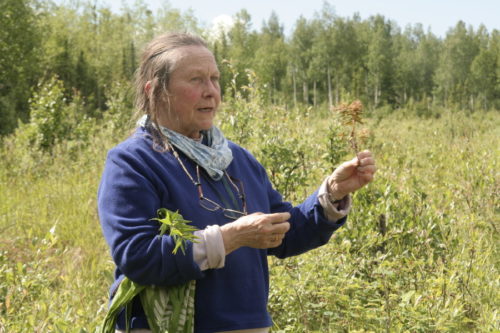 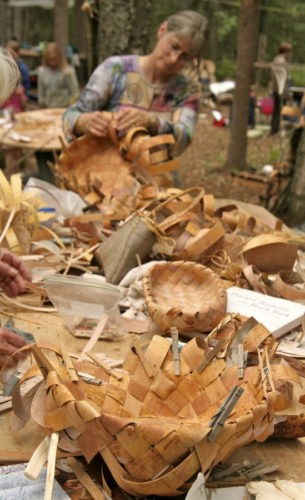 Another special treat was having families from the two most prominent outdoor programs in Fairbanks – Wild Rose and Calypso. We learned a lot from their expertise and have many ideas of ways to improve in the future. Due to the continued growth and success of this program, we are planning to offer two sessions of Week in the Woods next summer! The proposed dates are June 15 – 19, 2013 and June 29 – July 3, 2013.