Week in the Woods 2019 Session Highlights 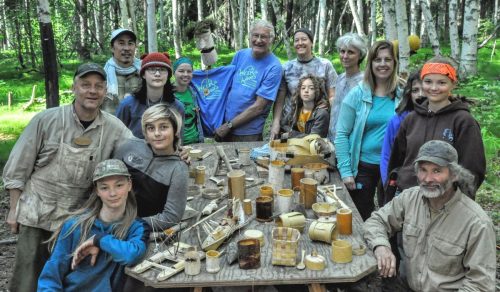 Week in the Woods 2019 ended on a beautiful sunny warm day and the last event of that day, other than taking down camp, was a game of flag tag initiated by Klaus, one of six inspiring visitors.

This year we moved camp to a new location and for the first time in 12 years the site was relatively level. This was also our smallest group, yet again one of the best years ever. The small group meant we not only got to know each other better but gained more from each other.

Two other “firsts” this year were an afternoon with a forest pathologist and harvesting second growth birch bark. The play this year was “The Nine Lives of a Camp Director” and it was gut-busting funny (all-be-it a bit morbid).

As is true every year at WITW, fun was had, friends were made, and much was learned. We all got dirty and tired and each and every one of us plans to return next year.

Below are reflections contributed by Eric Tseo, a participant from the Seattle area:

“We live directly in the city of Seattle and consequently with our busy lives and many distractions, we often don’t take long trips into nature. There are day trips to lovely parks and day hikes, or even car camping that puts us away from the city, but it is still near a road or car or maintained path. There’re also the other people in the Seattle who like to enjoy the outdoors. Very often you are close to them or come across very many of them.

Week in the woods was the first time my daughter and myself had truly been in nature for a significant amount of time. 5 days of meeting, learning, working, eating, sleeping in the woods. It wasn’t roughing it, due to the many amenities provided by the program, but there were no maintained trails, no people other than the camp guests, and no sense that civilization was right around the corner. While immersed in nature, we absorbed it and didn’t really notice or comment on it to each other, but after we left the site and returned to the city of Fairbanks, things seemed so urban (yes, Fairbanks!). While walking on the sidewalk from one business to another, we both commented on how hard the sidewalk was, how few plants or trees were nearby, and how we felt kind of exposed.

It was then that I realized what a special experience Week in the Woods is. We had reset our perception of environment, gained a special appreciation for nature, and learned both mentally and viscerally about how things can be made… in the woods.” 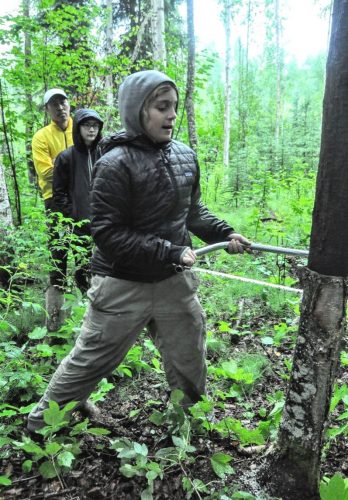 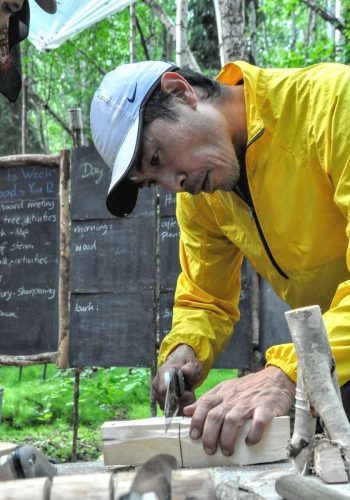 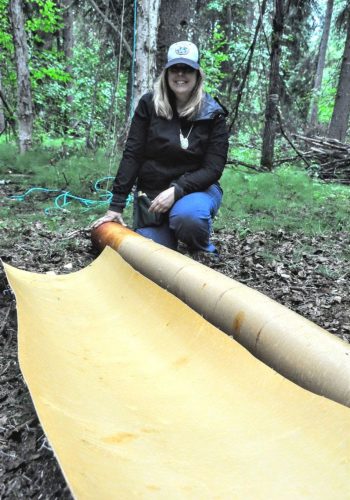 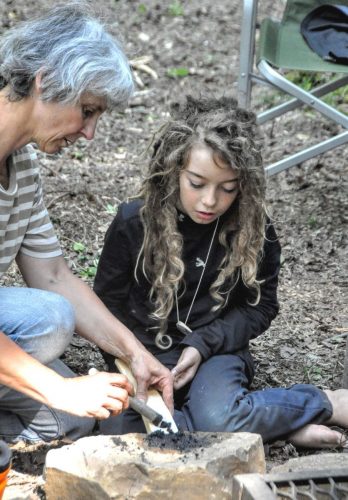